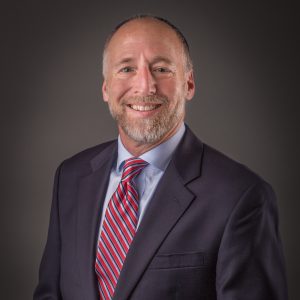 After earning his medical degree from Sackler School of Medicine at Tel Aviv University, Dr. Gorcey completed his Internal Medicine Residency at Long Island Jewish Medical Center and his Fellowship in Gastroenterology at Winthrop University Hospital. During Fellowship, Dr. Gorcey was an Assistant Clinical Instructor for Stony Brook Medical School.

Dr. Gorcey served as Chief of the Division of Gastroenterology and Chief of Gastrointestinal Endoscopy at Monmouth Medical Center. In addition, he was Assistant Clinical Professor at Drexel University Medical School with teaching responsibilities for both medical students and medical/surgical students. For one month in 2014, he served as Chief of Advanced Endoscopy at Hadassah Medical Center in Jerusalem.

While routine Colon Cancer Screening and Upper Endoscopy comprise the majority of Dr. Gorcey’s procedures, he also has special interests in some of the most advanced interventional endoscopic procedures performed in the world today. Along with being an expert in biliary endoscopy (ERCP-Endoscopic Retrograde Cholangiopancreatography), a way of dealing with bile duct disorders through the mouth, Dr. Gorcey is one of a few select physicians in the world performing endoscopic gastric sleeves for obesity and revision of gastric bypass and gastric sleeves using the Apollo Overstitch endoscopic suturing system. Being an expert in esophageal disease, Dr. Gorcey was the first doctor in the state of New Jersey to perform BARRX radiofrequency ablation for Barrett’s esophagus, a non-invasive way of removing pre-cancerous tissue from the esophagus.  He was also the first in NJ to perform POEM – per oral endoscopic myotomy for Achalasia . His close relationship with the advanced laparoscopic surgeons at Monmouth Medical Center allow him to endoscopically remove large pre-cancerous tumors of the colon, stomach and duodenum that most others would refer for surgical resection, attacking complex surgical problems like fistula closure and leak repair with novel combinations of operative endoscopic and laparoscopic approaches. Dr. Gorcey performs his more complex procedures at Monmouth Medical Center in Long Branch, NJ and the majority of his routine outpatient endoscopies and colonoscopies at Advanced Endoscopy in Eatontown – a state of the art ambulatory surgical center. His philosophy is treating patients in a down to earth manner with courtesy, friendliness, and respect, while utilizing the most advanced treatment options, techniques and equipment, with a pursuit for painless endoscopy and the lowest complication rates achievable. He truly cares about his patients.